Definition: The Fixed Proportion Production Function, also known as a Leontief Production Function implies that fixed factors of production such as land, labor, raw materials are used to produce a fixed quantity of an output and these production factors cannot be substituted for the other factors.

The concept of fixed proportion production function can be further understood with the help of a figure as shown below: 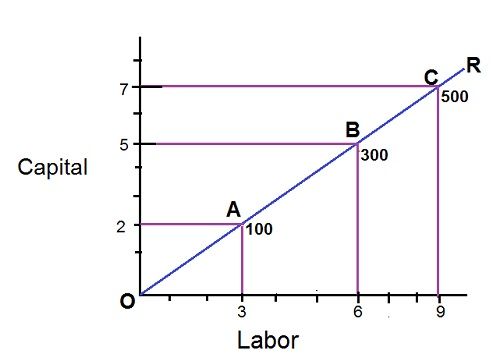 In the given figure, OR shows the fixed labor-capital ratio, if a firm wants to produce 100 units of a product, then 2 units of capital and 3 units of labor must be employed to attain this output.