Definition: The Hypothesis is an assumption which is tested to check whether the inference drawn from the sample of data stand true for the entire population or not.

The following steps are followed in hypothesis testing: 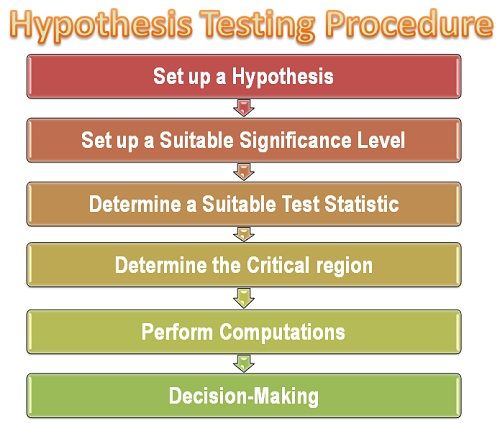 Thus, to test the hypothesis, it is necessary to follow these steps systematically so that the results obtained are accurate and do not suffer from either of the statistical error Viz. Type-I error and Type-II error.