The following Hypothesis Testing Procedure is followed to test the assumption made.:

While testing the hypothesis, an individual may commit the following types of error: 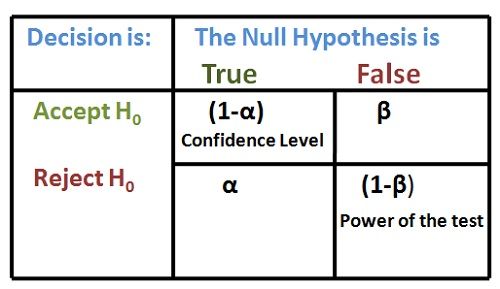 Thus, hypothesis testing is the important method in the statistical inference that measures the deviations in the sample data from the population parameter. The hypothesis tests are widely used in the business and industry for making the crucial business decisions.