Definition: A sampling plan provides an outline based on which the researcher performs research. Also, it provides a sketch required for ensuring that the data gathered is a representation of the defined target population. It is widely used in research studies. A researcher designs a sampling plan to prove that the data collected is valid and reliable for the concerned population.

It explains which category the researcher chooses for the survey. Also, it states the right sample size. Additionally, it expresses how the researcher has to be selected out of the population.

Important: It follows the law of probability. It allows the researcher to make valid inferences about a population from the statistics of the samples retrieved from it.

A sampling plan is the base from which the research starts. It includes the following three major decisions: 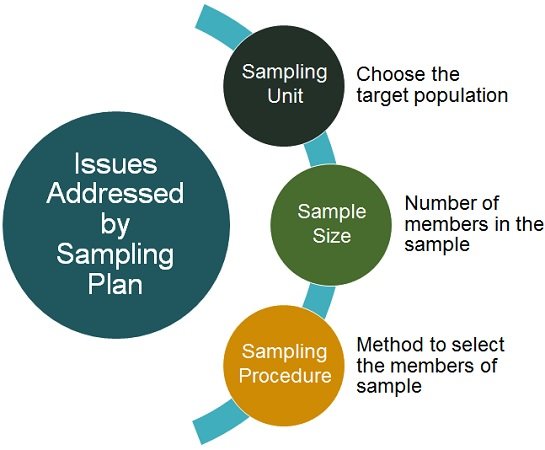 The researcher decides what the sampling unit should be. It involves choosing the category of the population to be surveyed. It defines the specific target population.

The researcher takes such decisions at the time of designing the sampling frame. They do so to give all the elements of the target population an equal chance of getting included in the sample.

In this regard, we are going to learn the two sampling methods: 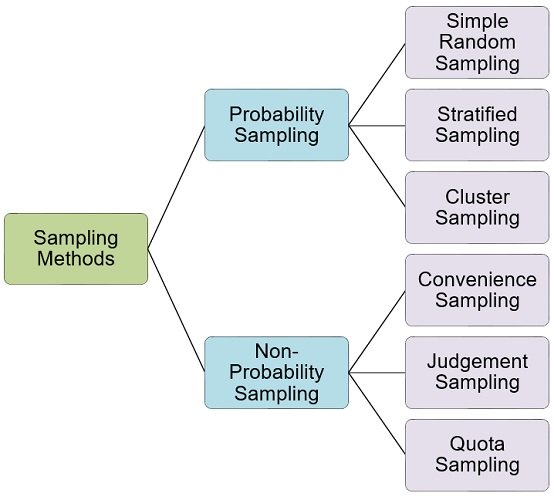 Thus, a researcher can select any kind of sample as per his convenience, subject to it fulfilling the purpose for which research takes place. 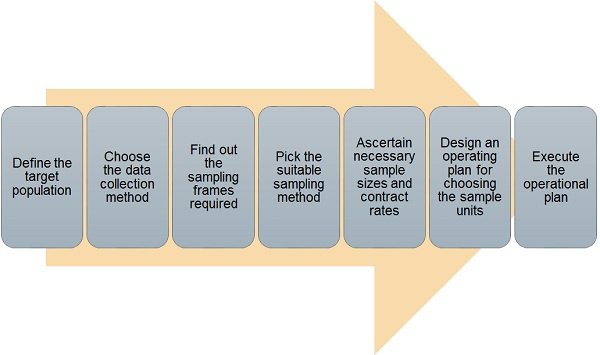 The researcher must choose a method for collecting the necessary data from the target population elements. For this, he uses information problem definition, data requirements and set research objectives.

Find out the sampling frames required

Once the researcher decides whom or what should be evaluated. The next step is to bring together a list of eligible sampling units. This list must have enough information about each prospective sampling unit. This allows the researcher can communicate with them. An incomplete sampling frame decreases the possibility of drawing a representative sample.

The researcher must consider how accurate the sample estimates must be. Also, he needs to take into account how much time and money are available to collect data. To decide the right size of the sample, the researcher has to make the following decisions:

Design an operating plan for choosing the sample units

The researcher will design the actual procedures to use. He must include all the prospective respondents who form part of the sample.

Carrying out data collection activities. This may involve actually talking to the prospective respondents by way of a telephone interview.

A sampling plan states the procedure for determining when the group under study is to be accepted or rejected. Further, if the sample gets rejected, the researcher must integrate corrective measures. He should do so after the complete inspection. After that, replacement of defective items with good ones takes place. We call this process a rectifying inspection.