Definition: Arbitration is a type of Alternative Dispute Resolution (ADR). It is a process wherein one or more independent third person, analyses the dispute thoroughly, ascertains the cause of dispute, listens to the parties, i.e. employer and employee, collects relevant facts and information, so as to make recommendations accordingly, that have a binding effect on the parties concerned.

The decision, i.e. arbitral award is final in nature, and no appeal can be made against it, except in case of parties incapacity, unfair procedure, invalid arbitration agreement and biases of the arbitrator. 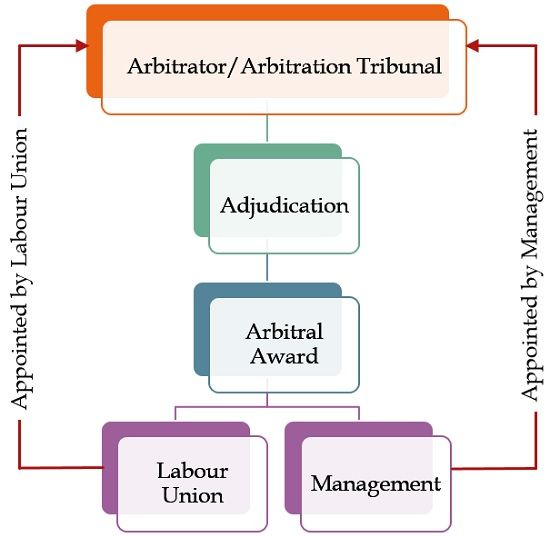 The issue under consideration is presented before the arbitrator or the panel of arbitrators as the case may be, in a document. Both the sides present their argument at the time of the hearing. The hearing is the same as the court-proceeding which includes witnesses, legal counsel, evidence and cross-examination.

After completion of the hearing, the arbitrator analyses all the relevant information and documents submitted and decides in 30-60 days and also give reasons for the decision in a written document.

Arbitration is a private legal mechanism for adjudicating disputes, which is arranged by the parties concerned, and the decision rendered by the neutral third person is final and acceptable to both the parties. Further, it is an immediate process, wherein the delays are reduced and settlement is expedited.