Definition: Company Secretary (CS) refers to an individual who is a member of ICSI and possesses the requisite qualifications as stated under the law. His/Her position in the organizational hierarchy is pivotal. A CS occupies a high status and position in an organization. To be specific, his/her position is almost equivalent to managing director or general manager.

The company appoints a CS to perform such duties that the Companies Act prescribes in this regard. He/She is responsible for performing the secretarial work.

In short, a Company Secretary is a connecting thread between the company and: 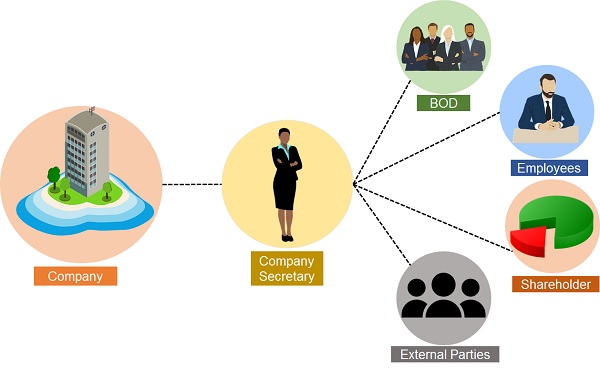 Moreover, the CS makes certain the procedures of the board are duly complied with. Also, he/she reviews them at timely intervals. Further, a CS advises the Chairman and Directors on responsibilities under different laws.

The headquarters of the institute is in New Delhi. In addition, it has four Regional Councils in New Delhi, Mumbai, Chennai and Kolkata. Also, it has 69 Chapters present across the nation.

Functions that a CS performs cover: 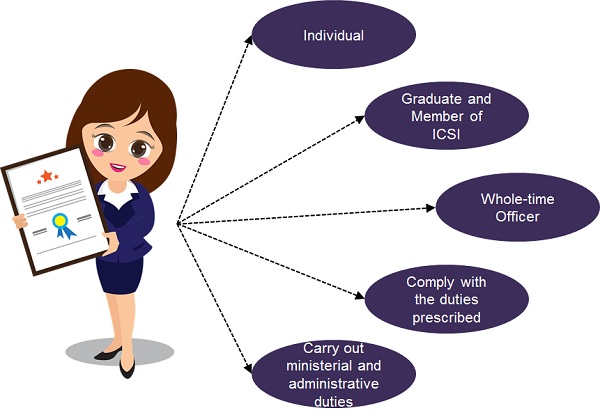 All the companies with paid-up share capital of ₹ 25 lakhs or above must appoint a whole-time secretary. Such a company can also appoint their director as a secretary. But for this, it requires prior approval of the company through a special resolution. Here, one should note that if a company has only two directors, none of them can become a secretary. Also, an individual can hold the office of a secretary only in one such company.

What about the companies having paid-up share capital of less than ₹ 25 lakhs?

Who appoints the first secretary?

The contract of service between the company and the secretary contains the terms and conditions. Besides, it states the following:

Moreover, the common law which applies to the relationship between master and service governs the removal of the secretary. Further, the company must issue a notice as per the terms and conditions of the employment.

However, the removal of a secretary is also possible without prior notice, in the cases of:

Further, on termination of the services of the secretary, the company needs to submit a notification to the Registrar of Companies. The filing of notification should be in the stipulated form within a period of 30 days from termination.

Who is a practising Company Secretary?

On the completion of the CS course from the ICSI, an individual has two alternatives: 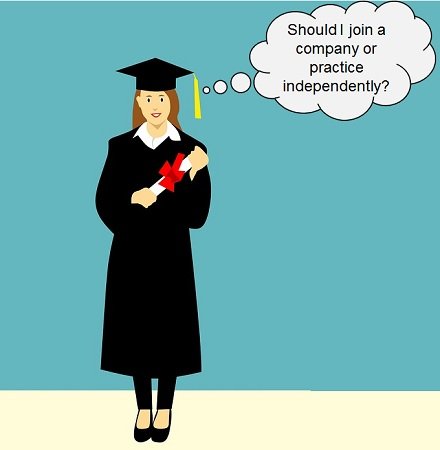 Therefore, we could say that a practising company secretary is an individual who opts for independent practice, after completion of the course.

All in all, a Company Secretary is an executive officer of the company who holds a higher position and undertakes onerous and responsible tasks.