Definition: Underwriting refers to the process in which an underwriter accepts the financial risk for consideration, i.e. fee. It is the process of extending a guarantee to the company to make certain that the securities offered to the public get subscriptions within the specified time.

Underwriting of shares and debentures is a contract between the company and underwriters. As per this contract, the underwriters agree to take up either whole or a certain part of the securities offered for sale by the company to the public but failed to get a subscription.

Underwriting means undertaking responsibility that the securities offered to the public to secure subscription will be subscribed in full. If the company fails to secure a 100% subscription, an underwriter will come forward to subscribe to the remaining securities. This is to ensure that the company gets the least subscription required as per the rules.

When a company goes public, there is always an uncertainty about whether the shares offered will be subscribed by the public in full or not.

The underwriting agreement contract gives a guarantee to the company that it will be able to raise capital without any problem.

Who is an Underwriter?

Underwriters can be of two kinds:

When the entire issue of securities is underwritten by only one underwriter. The underwriter is the sole underwriter. In this case,, there is no distinction between marked and unmarked applications.

In these cases, the issue of identification of application arises.

Basically, there are two types of applications: 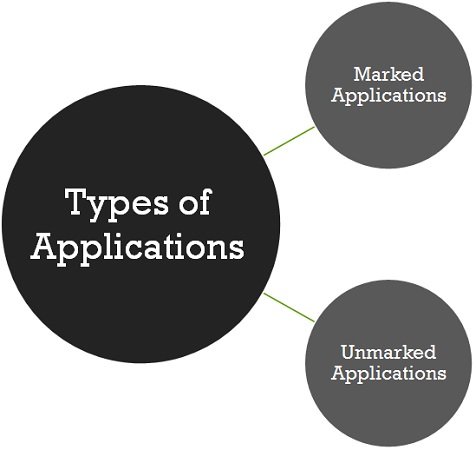 Underwriters issue application forms to the people for subscribing to securities. These applications bear the stamp of the individual underwriter who issued those forms. In this way, the identification of applications is possible. This helps in the calculation of the amount payable as commission. Hence, these are credited to the concerned underwriter.

Unmarked applications are those which do not bear any stamp of the underwriters. This is because the company receives it directly due to its own efforts. That is why they are alternatively known as direct applications.

Important: In such applications, in the case of partial underwriting, first of all, the benefit is given to the company to the extent to which securities. If there is any surplus, the benefit is distributed among the underwriters. Division of surplus amount is in the ratio of their gross liability.

If the issue is fully underwritten then the benefit is distributed among the underwriters in the ratio of their gross liability.

An underwriter can take help from other underwriters to assist in performing the task of underwriting. So they ultimately work under the principal underwriter and are answerable to him. Hence, they are sub-underwriters.

There is no involvement of the company in such type of contract. This is because they enter into the contract with the principal underwriter and not with the company.

In short, an underwriter can appoint some underwriters to work under him as sub-underwriters. They receive their remuneration from the underwriter as an ‘overriding commission‘. They are answerable to him only.

Conditions for the Payment of Commission

Important: Commission paid to underwriters appears as an asset in the balance sheet till it is written off.

There are two types of underwriting:

In this agreement, the liability of the underwriter is half contingent and half definite. There is a definite commitment to accept a certain number of shares regardless of the number of shares subscribed for by the general public. Here, the ascertainment of the underwriter’s liability is in addition to the shares, which are firmly underwritten. In simple words, he has to accept:

At present, financial institutions like LIC, UTI, IDBI, SBI and other commercial banks provide these services. They provide guaranteed payment when there is damage or financial loss. Further, they cover the financial risk for liability resulting from that guarantee.